George Costanza
Presidential Nominee
The son of Frank and Estelle Costanza, George is a short, stocky, slow-witted, bald man that grew up in Brooklyn, N.Y.  After working for the New York Yankees, George spent several years practicing as an unlicensed and uninsured marine biologist, where he notoriously saved a beached whale.  Currently he is unemployed and lives with his parents.  George is neurotic, self-loathing and dominated by his parents, yet also prone to occasional periods of overconfidence that invariably arise at the worst possible time.  It is unclear if George graduated, or even attended college and his political experience is equally sketchy.  However, he strongly believes that he is more qualified than the two candidates currently nominated from the Democrat and Republican parties.  As George recently stated, “George is getting UPSET!” and “George will WIN BABY!”

Art Vandelay
Vice-Presidential Nominee
After a successful career as an importer-exporter, Arthur attended law school, but subsequently dropped out after his second year to concentrate on producing low-end latex products overseas.  Ironically, he began to import them back into the United States and then exported them to China.  From China he exported them to France. 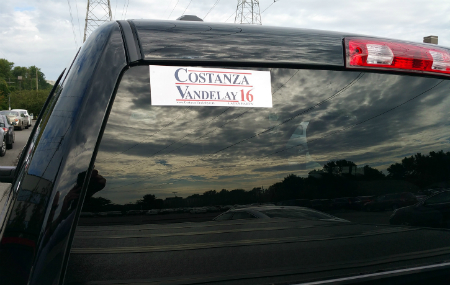 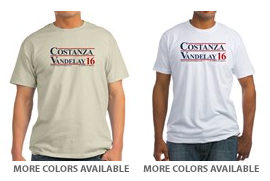 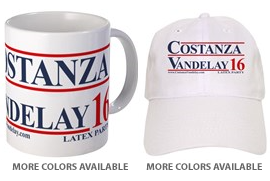 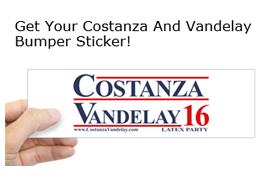